Aiden Ashley has recently broken up with her now-ex boyfriend, Joe. She would just as soon not see Joe anymore, but there’s a big problem: She has the hots for his roommate, Nathan Bronson. Nathan wants Aiden as much as she wants him, but he’s certain that Joe would kill him if they f...ucked and he found out.After Nathan shuts Aiden down, she follows him into the living room to keep up the pressure for a hookup. Nathan can only put off such a hottie for so long before he lets things progress to some sloppy kissing and making out. They’re almost caught in the act when Joe arrives home, but they manage to separate before he sees what they’ve been up to. Joe asks Aiden why she’s there, and she says she’s just picking up some things from their breakup.Once Joe leaves them alone, Aiden and Nathan get back to it, this time with the added challenge of holding the moan. Aiden finally gets her mouth on Nathan’s cock, but she has to be careful not to let Joe catch her sucking his roomie off. When she slides down on Nathan’s fuck stick to start riding him while she presses her tits to his face, she’s dripping wet at the excitement of banging when she might get caught.Nathan lays Aiden down on the couch and feasts on her dripping juices. When he has lapped her creamy snatch clean, he gets her on her hands and knees. Kneeling behind Aiden, Nathan shoves it in so he can take her in doggy. Rolling over, Aiden spreads herself wide open so Nathan can slide back home and give it to her nice and deep.Once Nathan is certain that he has gotten Aiden off, he pulls out and blows his load all over her belly. She’s laying there, cum covered and smiling in the aftermath, when Joe comes back in. He can’t see Aiden as he asks Nathan about the noise. Nathan claims Aiden already left, which brings their titillating encounter to a close. 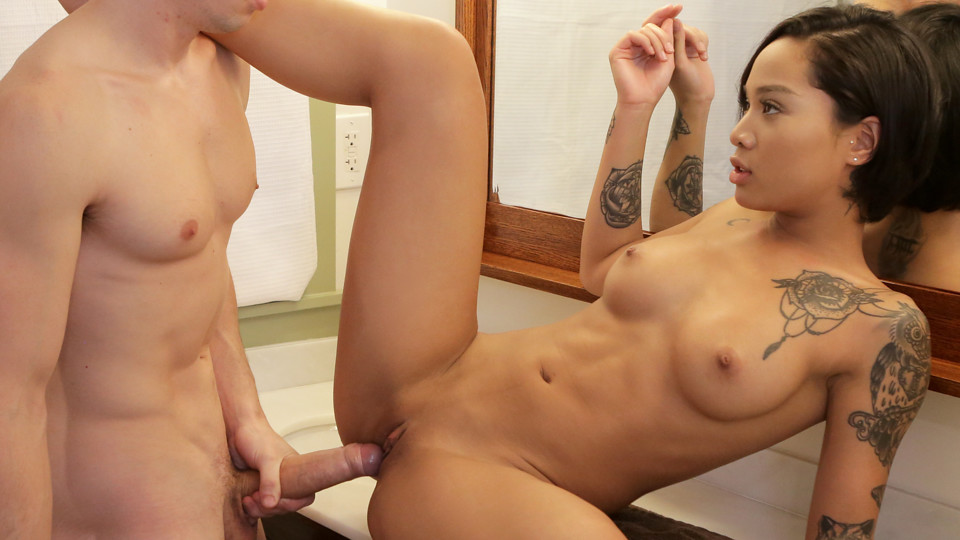 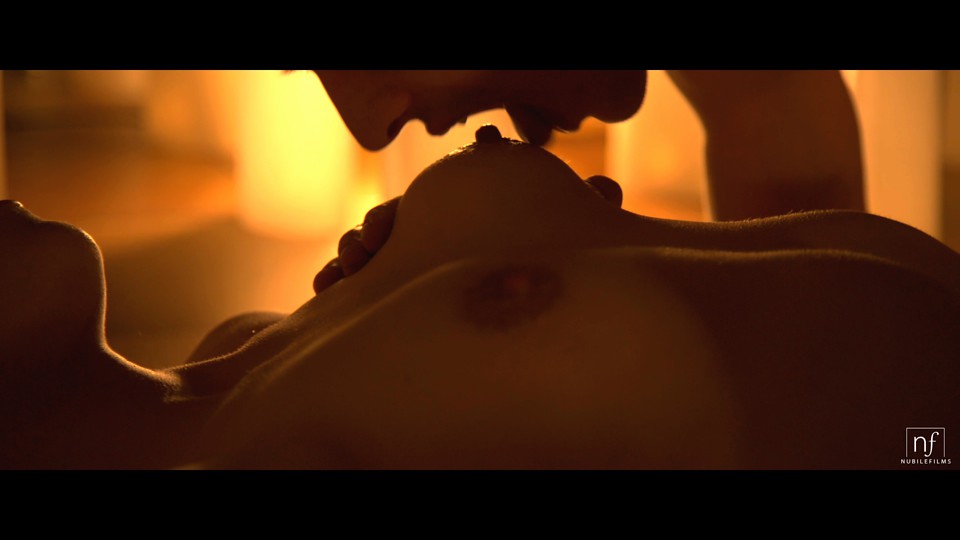